PRIVATE RESIDENTIAL TENANCIES IN SCOTLAND – WHAT YOU NEED TO KNOW 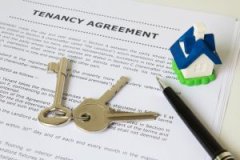 Last year the Scottish Parliament passed The Private Housing (Tenancies) (Scotland) Act 2016 setting out a new regime for Private Residential Tenancies replacing the existing framework of Assured and Short Assured Tenancies under the Housing (Scotland) Act 1988.  The driving force behind the Act was the perceived need to protect tenants in a growing Private Rented Sector and give them security of tenure similar to the rights enjoyed by tenants in the Social Sector.  The key change was the removal of a landlord’s automatic right to recover possession under a Short Assured Tenancy by giving 2 months’ notice.  The new regime will take effect from 1st December 2017.

What are the key changes?

A tenant can end the tenancy by giving 28 days’ notice in writing.  This period can be reduced by agreement.

There are 8 discretionary grounds which include:-

There is also a specific ground dealing with non-payment of rent.  This ground can either be mandatory or discretionary.  It applies if the tenant has been in arrears of rent for three or more months in a row.  If the tenant has outstanding arrears of at least one month by the day of the Tribunal Hearing the ground is mandatory and the Tribunal must order eviction, unless the arrears relate to delay or failure in the payment of a relevant benefit.  If the tenant owes less than a month’s rent (or is no longer in arrears) the ground is discretionary and the Tribunal will decide whether it is reasonable to evict.

Under the existing framework mandatory grounds exist if there are more than 3 months’ arrears both at the date of the Notice (AT6) and at the hearing date. The new mandatory ground goes some way to compensating for the loss of automatic recovery but under the current wording of the Act it will be necessary to wait until 3 months have elapsed before a Notice to Leave can be served. That being so there could potentially be up to 4 months’ arrears outstanding before a landlord can begin proceedings before the Tribunal.

A change for the good?

The new Act was under consultation for an extended period and initially concern was expressed from landlord groups that the removal of the automatic right to recover possession would deter investors from entering or remaining in the market.  Now the dust has settled the new regime appears to have the support of pressure groups representing both Landlords and Tenants, and we can all look forward to its introduction.